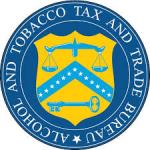 As producers know (and as discussed previously here on HoochLaw), if you want to make and sell a spirit product in the U.S., you’re going to need a Certificate of Label Approval or COLA.  And before you even apply for your COLA, you may need to get the formula for your hooch approved.  But the likelihood of needing formula approval just decreased – at least a little bit.

Late last week, the TTB took action to approve general-use formulae for rum, whiskey and brandy.  Specifically, under TTB Ruling 2016-3 (September 29, 2016), producers will no longer need to obtain formula approval if their rum, whiskey or brandy formula contains no more than 2.5% (by volume in the finished product) of certain ingredients which are “customarily employed” in the production of those spirits.  As a result, producers can now add up to 2.5% of the following to their spirits without needing to submit a formula for approval (and without fear that their product no longer falls within the standards of identity for the class):

In each of the foregoing cases, the additives can be used singly or in combination.  As long as you don’t add materials in excess of 2.5% by volume of the finished product – you’re within the new general formulae.

In addition to approving these general formulae, the TTB announcement provides for similar relief for vodka producers who want to spice up (slightly) their products by adding up to 1 gram per liter of citric acid and up to 2 grams per liter of sugar.

As with most things, the devil with respect to the TTB announcement is in the details and there are a few traps for the unwary.  Specifically, producers should note that the provisions for Whiskey and Brandy are applicable to specific (but not necessarily all) types of those spirits.  So before moving forward with this new approach a producer will want to ensure that her intended spirit is on the list.

Second, bourbon lovers should note that the TTB action does not provide any relief for producers wanting to add coloring, flavoring or blending materials to bourbon.  As someone who likes bourbon, that’s relief enough.