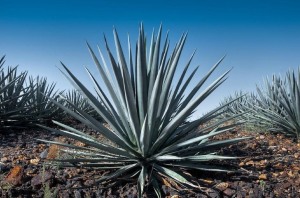 There are many reasons I make my home in the Pacific Northwest.  Among them is the climate.  Simply put, I don’t much enjoy heat and humidity.  So when I go to visit family back in the southeastern part of the country – a landscape of sweltering alligators – I try to schedule those visits in the winter.

And because of my preferred climate, when I think about vacationing, I really don’t think much about heading to Mexico.  But I do know that if you’re in Mexico the one thing you’re supposed to do is to avoid drinking the water.  Now, I’m starting to wonder if water might be safer than some of the local spirits.

As first reported by the Milwaukee Journal Sentinel, U.S. tourists visiting a number of all-inclusive resorts in Mexico have been getting sick lately.  In at least one instance, the sickness turned fatal.  The suspected culprit?  Tainted booze.

Following these initial incidents, the U.S. State Department began to advise travelers of allegations that consumption of tainted or substandard alcohol has resulted in illness or blacking out, and that they should seek medical attention if they begin to feel ill.  [As a practical matter, it should be noted that untainted and perfectly acceptable alcohol can also result in illness and blacking out, depending on how much you drink, and seeking medical attention when you feel ill is probably a good idea in most cases.]

The news didn’t stop there.  A few weeks later Mexican authorities reportedly seized 10,000 gallons of tainted alcohol from Mexican resorts.  So how could this happen?

First of all, it should be noted that this sort of problem isn’t unique to Mexico.  Tainted food products regularly end up in our markets and restaurants.  I myself fell victim to some salmonella-laced peanut butter a few years back – coincidentally enough while on a vacation.  Like the tainted Mexican booze, the contaminated peanut butter also resulted in death (not my own, obviously).  And it resulted in one lengthy jail sentence for the CEO of the company that made the peanut butter.

Further, contaminated products are not always the result of company negligence.  This month marks the 35-year anniversary of cyanide-laced capsules of Tylenol showing up on shelves in the Chicago metro area.  Seven people died in that episode, and no one was ever convicted of the crime.  Tylenol – which hadn’t really done anything wrong in connection with the incident – did such a remarkable job at managing the crisis that the case is now taught in business schools around the world.

So it isn’t necessarily the case that the Mexican resorts where people have taken ill have done anything wrong.  In fact, it is entirely possible that – as they claim – they have only purchased alcohol which appears to be bottled in accordance with the law and from reputable sources.

The fact is, according to the Mexican government’s own estimates as much as 36% of the alcohol that is consumed in the country is produced illegally.  This is a lot.  But it is actually better than the prior estimate (two years before) of 43%.  If the alcohol is distilled illegally, that means it is produced not only without the payment of tax – but also without necessarily following safe production methods.  Put another way, if you’re going to make a batch of illegal booze and sell it for a quick profit (potentially bottling it as counterfeit bottles of a well-known brand), are you going to worry much about separating the heads and tails?  Probably not.  And you don’t have to drink very much methanol to get pretty sick.

All this is a long way of saying that despite how much we may complain about the influence of (or interference by) state and federal authorities in the market for beverage alcohol, we should probably take a moment every so often to acknowledge that much of what they do helps keep us safe.  Here in the states, we can be reasonably confident today that when we walk into a bar what is in the bottle is the real thing.  That’s an improvement over the days when whiskey was sold to retailers in barrels and often didn’t make it into the customer’s glass without adulteration (tobacco juice, anyone?).  And it is a considerable improvement over blacking out in a swimming pool in Mexico while on vacation.