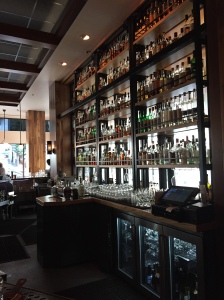 Last weekend, I spent some time going through the MAST – or Mandatory Alcohol Server Training – certification process.  In fairness, this was not exactly a difficult task.  The training is online and reasonably intuitive – even for someone who prefers carburetors to electronic fuel injection.

Having completed the training (passing the test, even), I spent some time reflecting on my experiences visiting tasting rooms around the state (and around the US) – thinking of ways our industry is doing well, ways we might improve, and best practices we might adopt.  What follows is a summary of those musings.

We seem to be doing a good job checking IDs.  To my knowledge, no distillery in Washington has ever been cited for serving minors.  This is a big deal.  For continued growth in tasting room privileges (e.g., to achieve parity with the privileges afforded to breweries and wineries), we need to be able to demonstrate to lawmakers that the increased access to alcohol which is (arguably) made possible by expanded privileges is unlikely to result in underage consumption.  The fact that no one has yet been cited means that either (i) no distillery has yet been the subject of a law enforcement sting operation; (ii) minors aren’t interested in sampling Hooch at the source; (iii) we’ve been lucky so far; or (iv) we’re very good and diligent at checking IDs.  Options (i) and (ii) feel pretty unlikely.  Item (iv) feels good, but I’m guessing (iii) plays a pretty sizable role as well.  We need to stay on this one.

We should check our signage.  A fair amount of the MAST training addresses the environment of the licensed establishment – including things like the lighting and signage.  I’ve not been to a tasting room that was so dark that I thought it might be difficult to check ID or to tell if a patron was becoming intoxicated.  But I’ve been to quite a few where I didn’t see some of the appropriate signage.  Specifically I’m thinking of the Fetal Alcohol Syndrome Warning.  Washington state law requires this to be posted in plain view at the main entrance to the liquor licensed portion of the premises, and in the women’s public restrooms closest to the licensed area (assuming there are some). Admittedly, I’ve not been visiting the women’s restrooms on my visits to tasting rooms. But I know I’ve visited a handful that do not have this posted at the main entrance.  We need to do better.

We should start mixing things up.  This one is controversial – at least from the standpoint of the Washington LCB.  I’ve previously written about how recent changes to law allowed the sale of “adulterated samples” – an LCB euphemism for cocktails.  This was a hard-fought victory, and some opponents of the change in the law argued that by selling cocktails in tasting rooms we would be encouraging additional alcohol consumption.  It seems to me that this is precisely the wrong way of thinking about the issue of alcohol consumption.  If any one item was stressed time and again in the MAST training, it was the idea that servers should be trying to pace their guests’ consumption (and absorption) of alcohol.  That can mean serving drinks along with fatty or protein-rich foods which slow down the emptying of the stomach into the small intestine.  But it can also mean serving the alcohol in a non-alcoholic mixer.  By diluting the alcohol we can effectively slow down the guest’s consumption.  According to the MAST training (required by the LCB itself), this is a good idea.  So if anything, the LCB should be encouraging tasting rooms to offer up cocktails as opposed to straight shots of liquor.  We need to remember this as we continue to discuss expanding tasting room privileges.

That’s it for now.  Look for me behind the bar, testing out my newly found credentials. And please don’t give me grief when I tell you you’ve had enough.