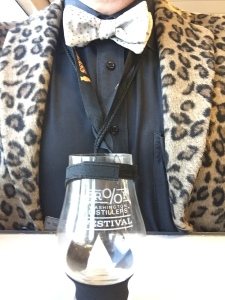 This past Saturday I attended the Washington Distillers Guild annual festival: PROOF.  As expected, I had a great time, sampled some wonderful spirits, and enjoyed many tasty small bites from local restaurants.  From the perspective of a consumer, the event was a tremendous success.

Speaking from the perspective of an attorney who represents spirits companies (and who happens to be on the Board of the Guild – although these thoughts are my own and should not be attributed to the Guild itself or any other Board members) I also think it was a significant success – but for one, possibly unexpected, reason: Woodinville Whiskey wasn’t in attendance.

Please don’t misunderstand my statement.  I like Woodinville Whiskey.  I like the company and its story.  I like their products, and have a bottle of their Rye sitting on my shelf a few feet away as I write these words.  I enjoy visits to their tasting room.  When I say that their absence contributed to PROOF’s success, I certainly don’t mean that I was glad I couldn’t chat with their reps and taste their wares.  Instead, I mean that I’m glad they had better things to do.

Just a few days after PROOF, the announcement hit the news wires that Moët Hennessy – owner of such whisky brands as Ardbeg and Glenmorangie – had acquired Woodinville. Now I can’t say with certainty that the maelstrom of late-stage M&A machinations prevented Woodinville’s participation in PROOF.  But I can say that if it did, I wouldn’t be at all surprised.  The final throes of M&A and securities transactions are the primary reasons I have a couch in my office.  Deals – particularly in the 11th hour – can be frantic, stressful and sleep-depriving affairs.

But I’m not just glad that Woodinville may have prioritized appropriately.  I’m also glad they had the need to do so.  This means our market is working for smaller brands – like Woodinville – that have put in the effort to grow to the point where they’re attractive to acquirers.  If we’re doing our job in the Guild, or as professionals serving this industry, nascent brands should have the opportunity to grow, become successful and get acquired.  Not all will do this – but some must.  If they don’t, there’s little reason to start one and try to build it in the first place.  And the ones that are successful in making this transition will – in essence – graduate out of the smaller distilling scene and onto a bigger stage.  That is a good thing.  It is supposed to happen.

Think of it like this.  We all remember being in high school.  And most of us remember one or two kids who – despite the fact that they’d already graduated – kept coming back and hanging around the campus.  Maybe those kids were really popular in high school – but they didn’t seem to make the transition out.  I remember feeling sorry for those kids – feeling like maybe they’d peaked too soon (although I was still waiting to peak myself – possibly I still am).

Brand building is similar.  I love being around our region’s smaller distilleries – and watching them grow.  But I personally hope that, at some point, they move beyond our corner of the world – beyond PROOF and beyond the Guild – to bigger and better things. And so far, I’ve not been disappointed.  Following Captive Spirits and Westland Distillery, Woodinville Whiskey is the third Seattle-based distillery transact with a larger brand in less than 18 months.

There will be more.